SIC, the first private channel in the history of Portuguese television, experienced these historic moments in these months with the change of its historical studios in Carnaxide, where it started broadcasting in October 1992 to a modern production center located at the Impresa group's headquarters in Paço de Arcos, on the outskirts of Lisbon. In this space all operations of Impresa, owner of the newspaper SIC and Expresso, among other means, are now concentrated. Only the studios where Cristina Ferreira and Júlia Pinheiro's programs are produced continue, for the time being, in Carnaxide, in Parque Holanda, a space located in front of the current headquarters of the group that invested more than 10 million euros in the reunification of its activities and placing one of the most innovative production centers in Europe.

The new infrastructure installed not only allowed them to make the leap to High Definition in the production of information, but also to make a historic technological change in Portugal: to migrate from SD-SDI to video over IP under the SMPTE 2110 standard.

Involved in various aspects of this change, Pantalha provided its services of sale, installation and support of 2 key components in the new SIC studios - The Intercom system and the LED panels present by the studios. Possessing the most robust and advanced Intercom solutions on the market, RTS presented itself to the challenge and together with Pantalha installed a complete solution that allows the production teams to always keep in touch. Equipped with a high definition video production facility, SIC houses a RTS ADAM digital matrix structure, having the capacity to receive a wide range of digital and analog sources. With most of the technicians involved requiring multiple lines of communication, this deployment provides more than 270 ports for internal traffic, connecting the 23 main KP5032 panels, the 26 KP3016 panels and all other panels that have reused the old facilities, located at the various stations work, in régies and studios. The ability of the RTS intercom platform to combine IP networks with old analog equipment is an asset for the entire production. Frame RTS houses the AIO cards to activate the main panels and reuse their RVON-16 cards to connect the system to Parque Holanda, where there is an old RTS system. This connection ensures communication through systems, studios and teams.

Additionally, SIC uses 8 Access Points (AP-1800) to serve mobile teams within the studios, allowing RTS 'TR-1800 Beltpacks to receive any signal transmitted by the system, again ensuring robustness and total communication between all necessary parts. José Lopes, director of Operations and Technology at SIC, says: “RTS ADAM is an extremely reliable and proven system that allows us to scale whatever is necessary, from the smallest to the most complex production. The easy scalability of the system also allows us to be safe if at a certain point we need to add more Intercom equipment. That's why we count on RTS and Pantalha's services in our production since the beginning of SIC 27 years ago. ” Broadcast TV studios are special environments that require the LED screen to operate at the lowest possible brightness, but still ensure the highest image quality. As the main product of this project, Unilumin's UpanelS are capable of operating at low brightness and maintain the same image quality in full working capacity 24/7. The reliability of the equipment also plays an important role in the design of the scenarios for the project. Equipment failure can turn into a disaster during the live broadcast process, which is why all equipment must operate smoothly as it has done so far. 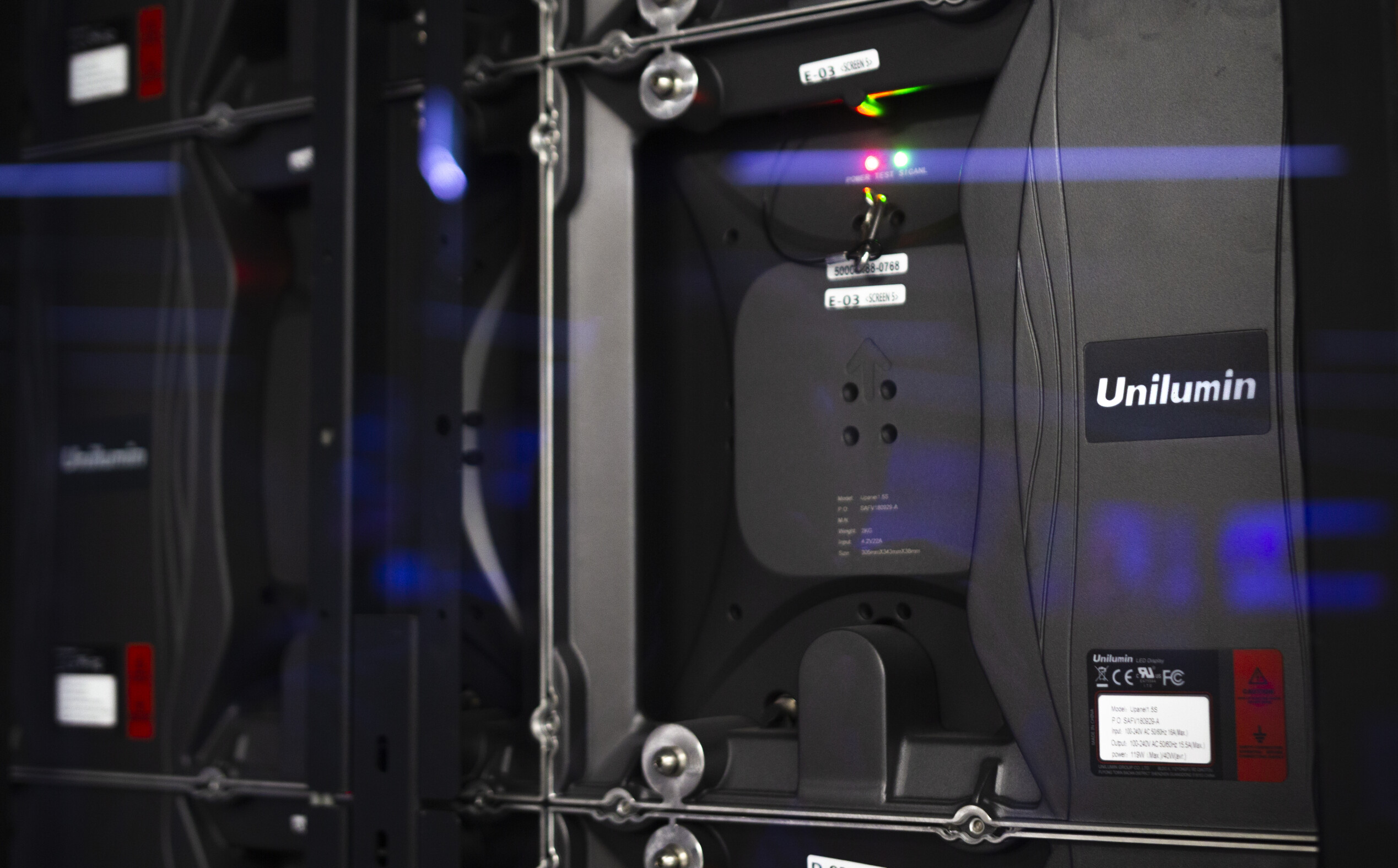 UpanelS is the product specially indicated for internal applications, such as conference rooms, control rooms, newsrooms and TV stations. Since it was launched, the product has been applied to many studio projects, such as Sky TV in Italy, CNBC in Indonesia, and in the new SIC studios, of course. Being a robust, fail-safe product, it can be used for the most demanding projects.

Before the start of the project, SIC intended to use LCD screens as a set design, since they had never applied LED screens in their studios before. Unilumin, together with Pantalha, insisted on providing LED solutions and focusing on guiding the customer on the advantages of the LED display over the LCD. From there, the path was paved for Pantalha and Unilumin to provide the best possible solution with a mixture of “fine-pitch” panels ranging from 1.5 to 2.5 mm dot pitch, covering more than 150m2 of LED screens , thus ensuring a solution that serves the needs of SIC but that goes beyond that and ensures unmatched resolution and image quality. With an extremely tight deadline, Pantalha and Unilumin spent weeks in the new studios assembling and installing the solution, which despite being a simplified process, there was a whole set of external factors that made the process more complex. However, the deadline was fulfilled and the result is in sight. Not only were the production teams extremely satisfied with the quality of images available on the screens, but the entire Impresa group was impressed, from the news pivots, to the journalists, to the top executives and of course to its vast audience. This feedback was cemented with SIC once again reaching the top of audiences with the new studios, something that has not happened for over 10 years.

Other User Cases
New partner: GoRate
Discover the platform that allows you to create webapps in seconds, in order to communicate with the viewer!
Fuel TV integrates VSN
Fully automated workflow for the entire file, traffic and playback system
FUEL.TV chooses Intinor
A solid content distribution solution for even the most remote events
See all
Want to know what we can help you with? Contact us.