RTP FESTIVAL DA CANÇÃO IN 2018 USES CUEPILOT FOR THE 1st TIME, AUTOMATED SOLUTION FOR DIRECTING, WITH THE SUPPORT OF PANTALHA

CuePilot is the first software dedicated especially for live events on television, which allows automating the entire process of making and instructing the team of camera operators with a rigor and creativity never before possible. CuePilot is a solution that has become indispensable since its launch in 2013 in major television productions such as the Eurovision Festival, where around 200 million viewers are keen to watch at home.

Pantalha is the official CuePilot partner for Portugal.

In this pre-planning phase, the directors of RTP had access to the CuePilot software on their laptops to create the sequence of plans for all songs in the competition at the 2018 RTP Song Festival, where it was possible based on the original audio and a video of a test of each competitor, individually identify each plan with the scale / movements of the camera, define the duration of each one and the type of transition / effect to be used. In addition to the filmmakers and given the great flexibility of the software, the annotation also had access to the project recorded in the “cloud” for the introduction of the letters of each competitor and all the necessary instructions during the direct for the camera operators, EVS operators or graphics team. All these notes and instructions were placed in the software, so that on the right the annotation had “countdowns” of all these inputs and outputs without the need for paper or stopwatches. 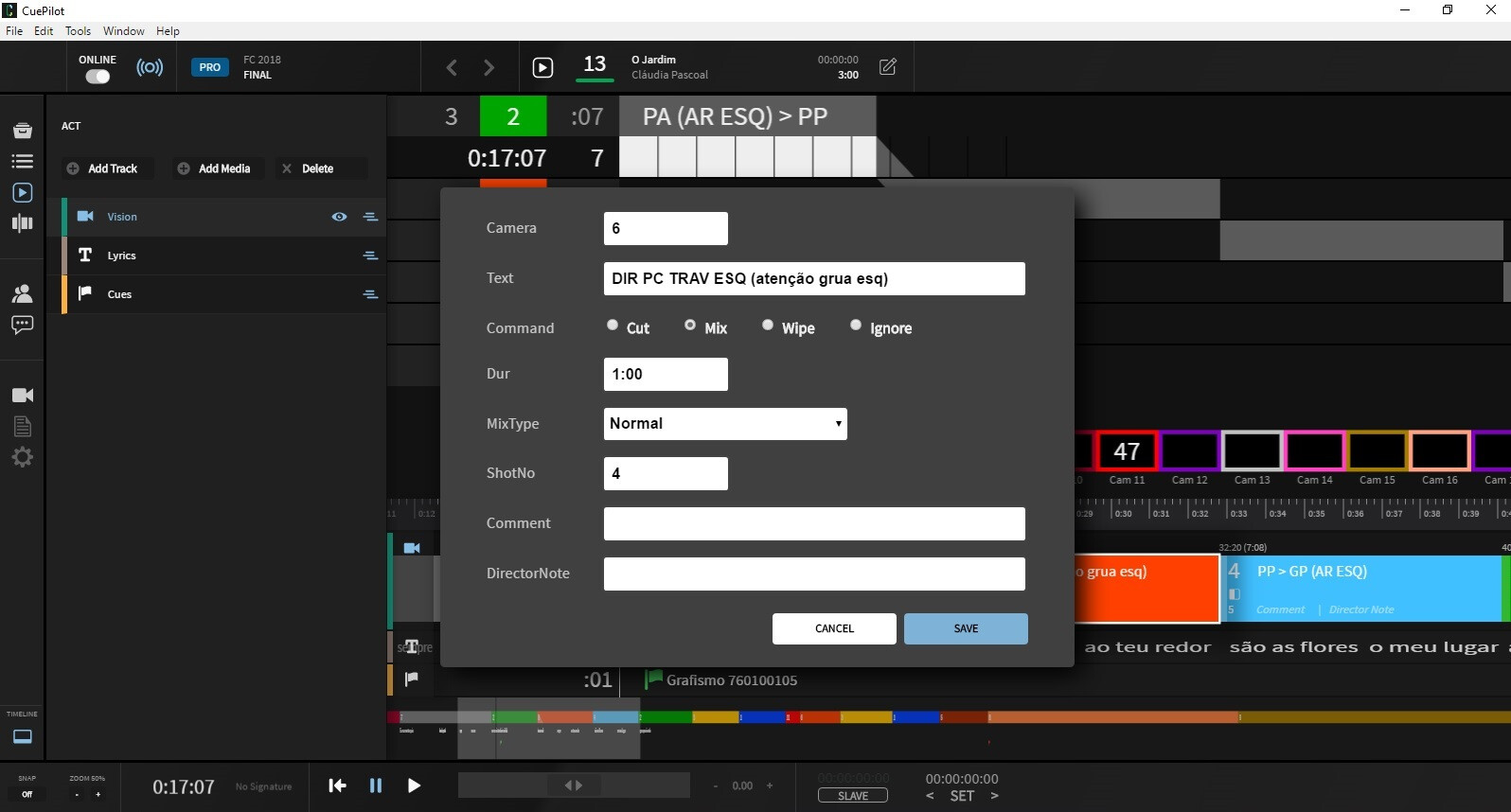 END OF THE FESTIVAL DA CANÇÃO 2018 IN GUIMARÃES

The physical installation of the CuePilot server was carried out on the RTP HD1 OB Van by Pantalha, so that it could control all the production and equipment involved. The CuePilot server was connected to the mixing console via RS422 to give instructions for passing the camera / entry and via GPI to start any event on the table that was necessary. It was also necessary to ensure the connection of “Time Code” that served as a reference for the start of each song and in this way the CuePilot server was always in “slave” mode to be synchronized with the songs released on the EVS. Whenever the EVS started each song, the CuePilot server also did it and started the camera changes automatically on the table, without the need to operate it.
So that the entire team could be following the planning of each song, an SDI output from the CuePilot server was connected with the visualization of the software “interface”, to the video matrix. This connection also allowed to place an overlay, at the top of the image and only during the rehearsals, of a small "crop" of the planning for later viewing with the entire RTP team. 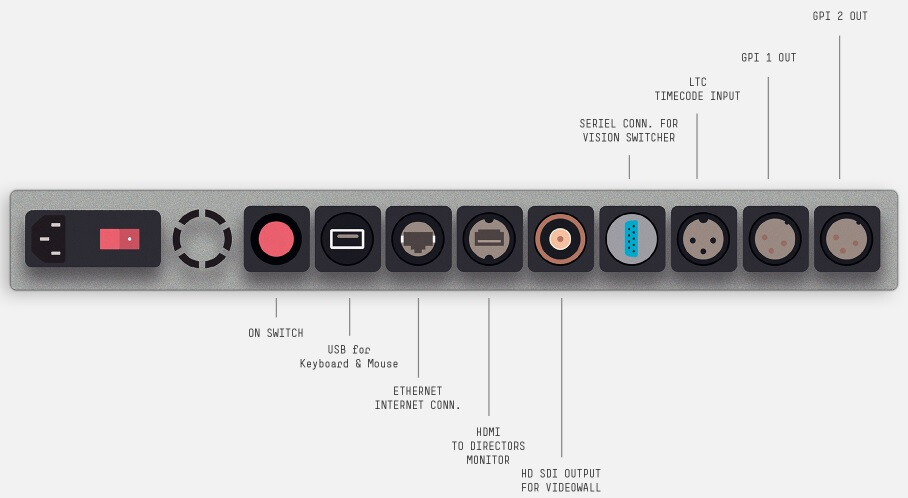 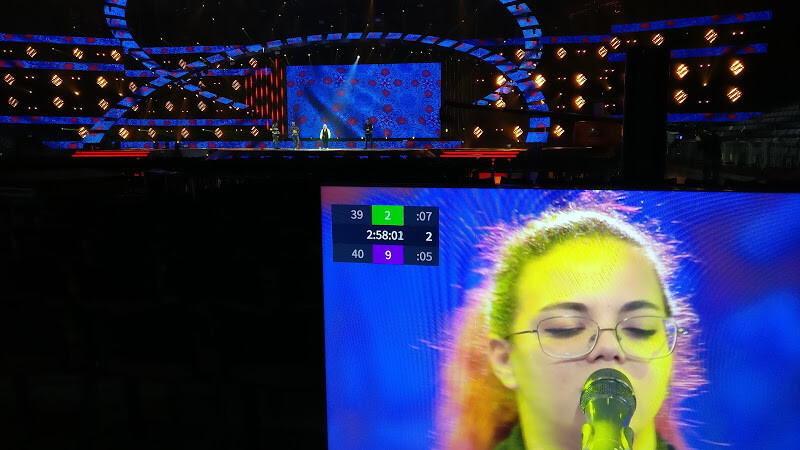 Crop overlay of the CuePilot plan during tests 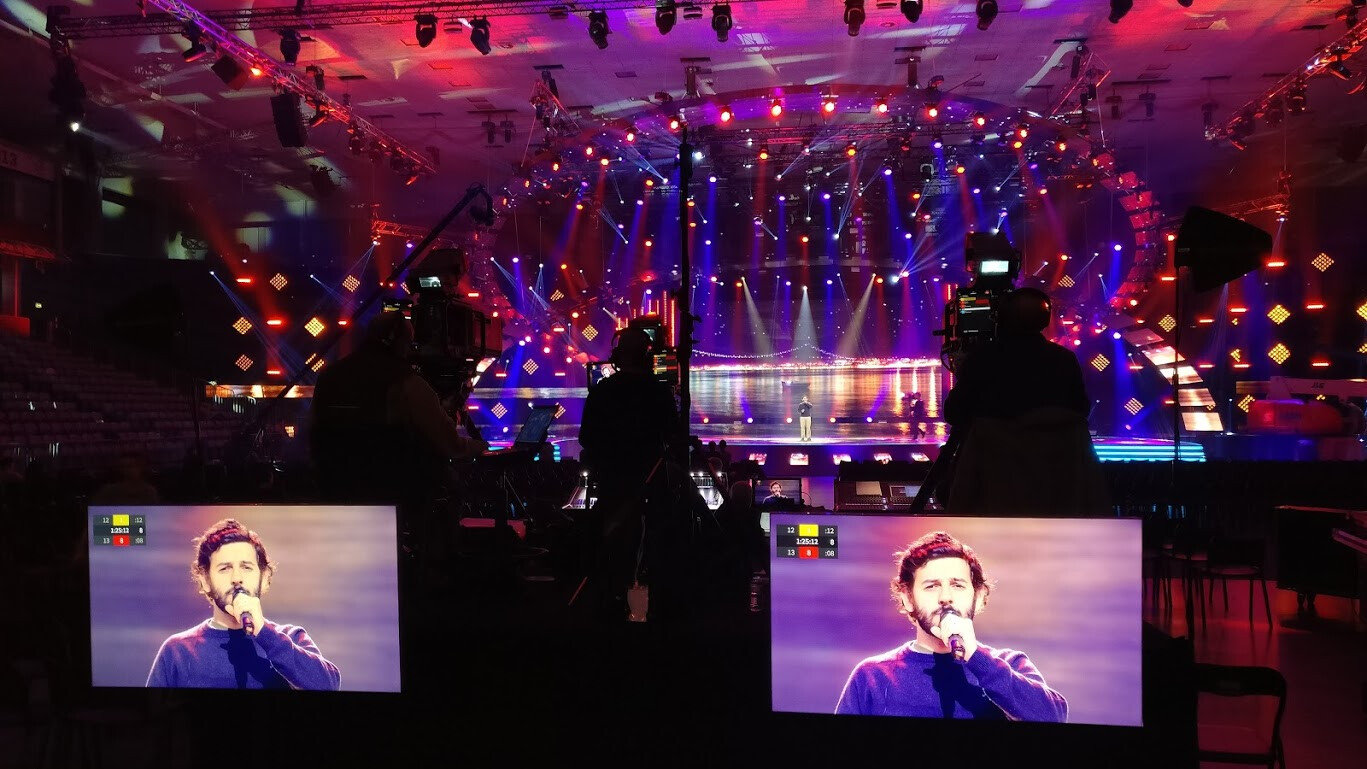 Crop overlay of the CuePilot plan during tests

The entire wired and wireless network infrastructure was deployed by RTP so that the planning was being sent to the camera operators in real time. For this purpose, Pantalha ensured the installation of iPad tablets with all cameras in the enclosure and based on the CueApp application available for both Android and IOS, camera operators were able to follow all instructions previously prepared in the planning and always synchronized with the performance of each of the interpreters. Cameras 2, 3 and 4 with the CueApp application placed on iPad tablets 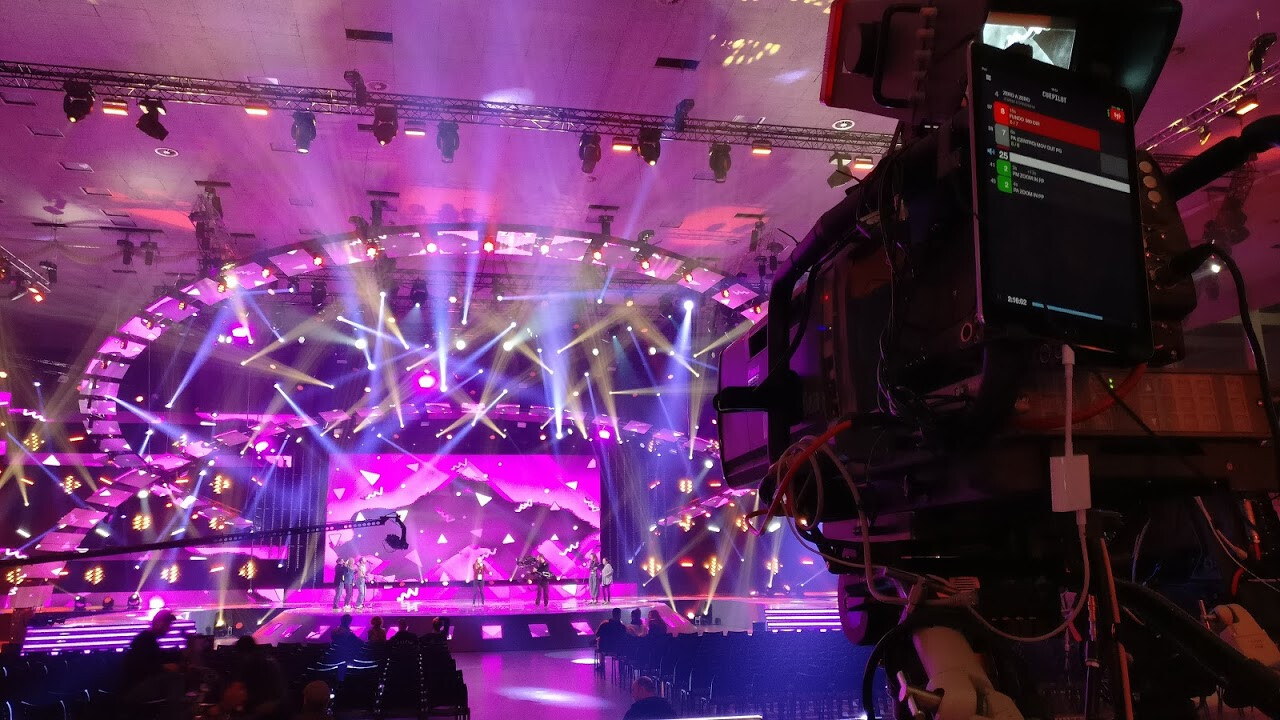 CueApp is a digital “camera sheet” application that allows, in addition to having access to all the director's indications, duration of each plan and customizing various views, it is also possible for the camera operator to place their own notes that will help executing each of the plans as strictly as possible, strictly necessary in an environment where 15 chambers were present. In addition to the camera operators, the entire team involved (image control, audio, light, engineering, etc.) also had the application installed on smartphones and followed the development.
The CueApp application allows the entire team to work at a very high level of accuracy never before possible. Camera operators know “to the frame” when entering and leaving the air with visual and auditory “countdown” so that the execution of all plans is accurate and efficient both in rehearsals and in live shows. Other User Cases
Jornal do Centro invests in Profuz LAPIS
This solution allows remote accessibility and enhances outreach capabilities
See all
Want to know what we can help you with? Contact us.